Fruit Set in the Greater Butterfly Orchids at Christmas Common

Back in March I thought that the coronavirus restrictions might impede or worse, lead to the cancellation of the greater butterfly orchid study I am undertaking at Christmas Common, but in the last week I was able to count the number of fruits on the plants that flowered in early June.   This was the final act of the year, so this year's data has been collected without interruption. 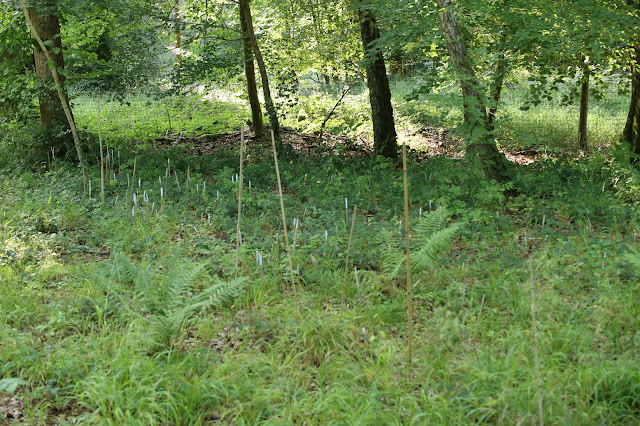 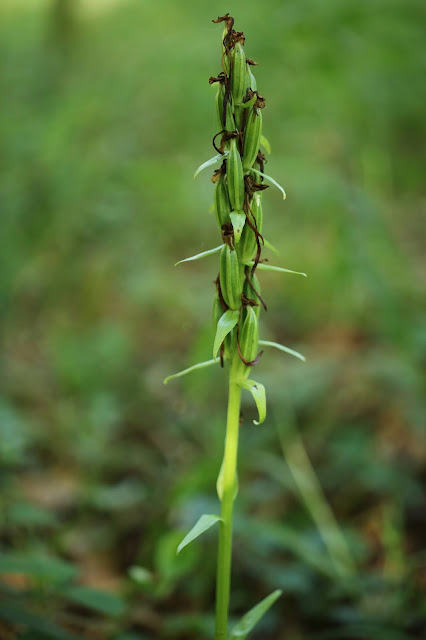 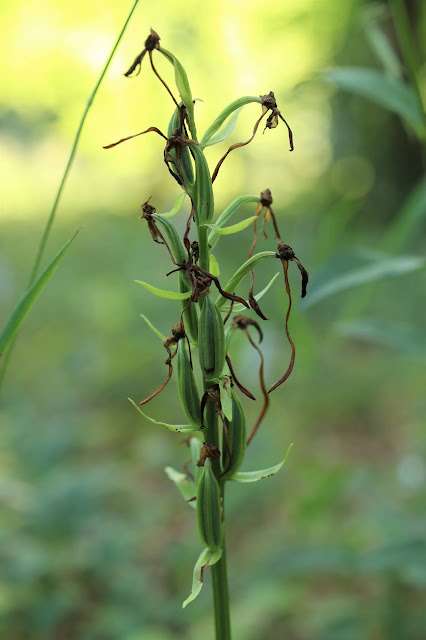 Fruit set this year was higher than in any of the previous 3 years at an average of 47%, the number of individual flowers that were pollinated.   Night-flying moths are the pollinators, though in 10 years I have never managed to see a moth actually pollinating a plant.  A typical flower spike has 10 to 15 flowers, opening up first from the bottom of the spike.   Flowers in the middle of the spike are more likely to be pollinated than those at the bottom, and especially those late opening flowers at the top.

A few of the plants simply wither away after flowering but I have no idea why and there are no obvious differences to the majority. 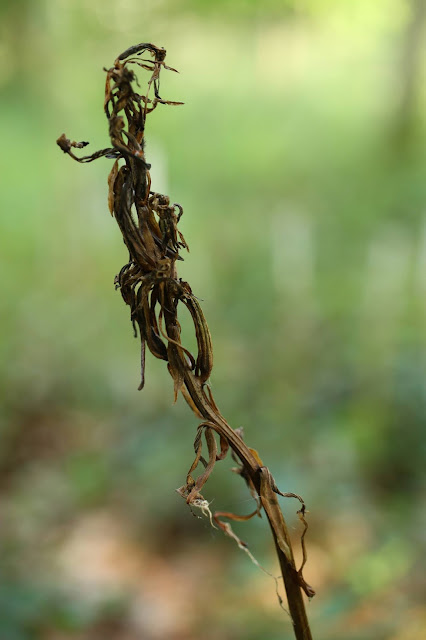 I am all set now to analyse the data during the winter, though my next trio to the site will be in November to cut back bramble, and check the plant labels.   Of particular interest will be to see what inferences can be made about the impact the very dry conditions in July and August last year and in May this year had on plant numbers, and flowering behaviour.

Posted by Terry Swainbank at 10:14